Origen's explanation of who Jesus was and is 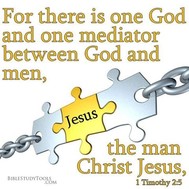 The Bible says, "Yahweh is …a great King above all Gods" (Ps.95:3).  As further witness on this issue, I introduce Origen, although I am not commending all he taught, because I do not agree with all of his teachings about the Lord.  According to  Wikipedia Encyclopedia: "Origen was a Christian scholar and theologian and one of the most distinguished of the Fathers of the early Christian Church… His writings are important as one of the first serious intellectual attempts to describe Christianity".

Now I don’t believe any teacher after Christ is infallible (although Paul was most probably as close as one gets), and I repeat that I do not intimate that everything Origen taught was true, but Origen was a true Christian scholar.  He devoted himself to the study of the Scriptures, to preaching, teaching and writing, with such seriousness that he castrated himself for the Lord Jesus.  He learned who Jesus was from the Scriptures as one who studied the Greek and Hebrew, and he also learned from elders who were some of the first disciples of Christ.  I believe that some of his beliefs about God and Jesus were not completely accurate.  However, Origen recognized and taught that the Bible proves there are Gods who have God as their God.  In his books, ‘Commentary on John’, Book 1 and Book 2, Origen wrote about just how Jesus is God in this way, by participation in (the) God’s divinity, and yet that He isn’t to be called "simply God", period, as if He were very God.  He is God, without the article, meaning He is divine, like God, but not literally the God, not absolute God.

Origen wrote:  "There are some gods of whom God is god, as we hear in prophecy, "Thank ye the God of gods," and "The God of gods hath spoken, and called the earth."  Now God, according to the Gospel, "is not the God of the dead but of the living."  Those gods, then, are living, of whom God is god.  The Apostle, too, writing to the Corinthians, says: "As there are gods many and lords many," and so we have spoken of these gods as really existing.  Now there are, besides the gods of whom God is god, certain others, who are called thrones, and others called dominions, lordships, also, and powers in addition to these." (Book 1)

Origen also wrote the following about how the Bible teaches that there is one literal God, and other Gods of whom Christ is preeminent.  Notice he understood that the lack of the Greek definite article in John 1:1 demonstrates that the Logos is not literally "God with the article", but is "God without the article" by essence of His sharing in God’s divine nature.

"IN WHAT WAY THE LOGOS IS GOD. ERRORS TO BE AVOIDED ON THIS QUESTION: We next notice John's use of the article in these sentences.  He does not write without care in this respect, nor is he unfamiliar with the niceties of the Greek tongue.  In some cases he uses the article, and in some he omits it.  He adds the article to the Logos, but to the name of God he adds it sometimes only.  He uses the article, when the name of God refers to the uncreated cause of all things, and omits it when the Logos is named God.  Does the same difference which we observe between God with the article and God without it prevail also between the Logos with it and without it?  We must enquire into this.  As the God who is over all is God with the article not without it, so "the Logos" is the source of that reason (Logos) which dwells in every reasonable creature; the reason which is in each creature is not, like the former called par excellence The Logos.

Now there are many who are sincerely concerned about religion, and who fall here into great perplexity.  They are afraid that they may be proclaiming two Gods, and their fear drives them into doctrines which are false and wicked.  Either they deny that the Son has a distinct nature of His own besides that of the Father, and make Him whom they call the Son to be God all but the name, or they deny the divinity of the Son, giving Him a separate existence of His own, and making His sphere of essence fall outside that of the Father, so that they are separable from each other.  To such persons we have to say that God on the one hand is Very God (AutoTheos, God of Himself); and so the Savior says in His prayer to the Father, "That they may know Thee the only true God;" but that all beyond the Very God is made God by participation in His divinity, and is not to be called simply God (with the article), but rather God (without article).  And thus the first-born of all creation, who is the first to be with God, and to attract to Himself divinity, is a being of more exalted rank than the other gods beside Him, of whom God is the God, as it is written, "The God of gods, the Lord, hath spoken and called the earth."  It was by the offices of the first-born that they became gods, for He drew from God in generous measure that they should be made gods, and He communicated it to them according to His own bounty. 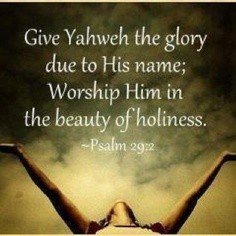 The true God, then, is "The God," and those who are formed after Him are gods, images, as it were, of Him the prototype.  But the archetypal image, again, of all these images is the Word of God, who was in the beginning, and who by being with God is at all times God, not possessing that of Himself, but by His being with the Father, and not continuing to be God, if we should think of this, except by remaining always in uninterrupted contemplation of the depths of the Father." (Book 2)

It is worth re-reading the last paragraph from Origen to gain a truly biblical understanding of this issue from one of the early Christian fathers.  In the above paragraph we can see how Christ is divine but not absolute deity of Himself, as God is.  Origen also taught that God the Father was stronger and greater than the Logos, and that the Father is the only being who has not been created.

"And the Apostle Paul says in the Epistle to the Hebrews: "At the end of the days He spoke to us in His Son, whom He made the heir of all things, 'through whom' also He made the ages," showing us that God made the ages through His Son, the" through whom" belonging, when the ages were being made, to the Only-begotten.  Thus, if all things were made, as in this passage also, through the Logos, then they were not made by the Logos, but by a stronger and greater than He.  And who else could this be but the Father?  Now if, as we have seen, all things were made through Him, we have to enquire if the Holy Spirit also was made through Him.  It appears to me that those who hold the Holy Spirit to be created, and who also admit that "all things were made through Him," must necessarily assume that the Holy Spirit was made through the Logos, the Logos accordingly being older than He.  And he who shrinks from allowing the Holy Spirit to have been made through Christ must, if he admits the truth of the statements of this Gospel, assume the Spirit to be uncreated.  There is a third resource besides these two (that of allowing the Spirit to have been made by the Word, and that of regarding it as uncreated), namely, to assert that the Holy Spirit has no essence of His own beyond the Father and the Son.  But on further thought one may perhaps see reason to consider that the Son is second beside the Father, He being the same as the Father, while manifestly a distinction is drawn between the Spirit and the Son in the passage, "Whosoever shall speak a word against the Son of Man, it shall be forgiven him, but whosoever shall blaspheme against the Holy Spirit, he shall not have forgiveness, either in this world or in the world to come."  We consider, therefore, that there are three hypostases, the Father and the Son and the Holy Spirit; and at the same time we believe nothing to be uncreated but the Father.  We therefore, as the more pious and the truer course, admit that all things were made by the Logos, and that the Holy Spirit is the most excellent and the first in order of all that was made by the Father through Christ." (Book 2)