The Messiah revealed in Proverbs 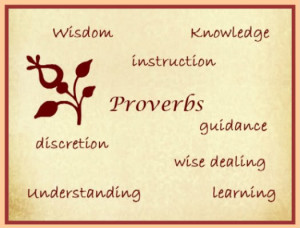 I believe that the Logos was given birth uniquely, and then through Him God created everything that was created.

Yet all things are “of God” as source, and this is why Jesus calls God His God, because He is Jesus' God.

Therefore technically the Lord Jesus is not a created being, but a begotten Son of God, set apart as being God's very own unique Son. Yet His birthing from God is a kind of being made or created.

The KJV in this verse translates the Hebrew word “qanah” as "possessed". The Strong’s Concordance, the faithful Bible dictionary, translates it as “created”. It is the same word that the NIV translates “created” in Ps. 139:13 “For you created my inmost being; you knit me together in my mother’s womb.” David had not been possessed by God always, he had been formed in some way in his mother’s womb, just as wisdom had been birthed by God in some way. It doesn’t seem as if it could mean, ‘possessed’ here, but it must be something synonymous with “knit me together”. The KJV normally translates a completely different Hebrew word for “possessed” in almost every other place. 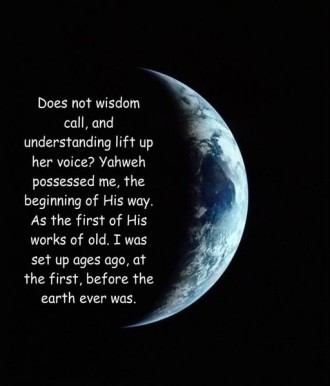 “The LORD made me as the beginning of His way, the first of His works of old.” JPS

“The LORD created me at the beginning of His work, the first of His acts of old.” RSV

“The LORD begot me, the firstborn of his ways, the forerunner of his prodigies of long ago.” NAB

“The Lord made me as the start of his way, the first of his works in the past.” Bas

“The Lord formed me in the beginning, before he created anything else.” Tay

“The Lord made me in the beginning of His way, before His works of old.” Ber

“The LORD formed and brought me (Wisdom) forth at the beginning of His way, before His acts of old.” Amp

“The Lord created me first of all, the first of His works, long ago.” TEV

“I was set up from everlasting…”  KJV

There’s the same phrase: “from everlasting” as in Micah 5:2. Let’s see what some other Bibles say.

“I was made in the very beginning, at the first, before the world began.” TEV

“At the outset of the ages had I been established, in advance of the antiquities of the earth. Rhm

“In the earliest ages was I fashioned…” AAT

“Before this age he founded me; in the beginning; before he made the earth.”

Septuagint, the Bible of Jesus’ day, and quoted from in the New Testament

“…I was fashioned in times long past, at the beginning, long before earth itself.” NEB

The phrase, “from everlasting’ seems to me to be a very ambiguous term, and not usually, if ever, what the original Hebrew conveys at all. It seems to me that God would say that Christ had no beginning and had always been with Him much more clearly and more often if that’s what He meant. Jesus is spoken of as being “the one from the beginning“ (1Jn.2:14).

“When there were no depths, I was brought forth.” KJV

“…I was given birth… Bas

“When he prepared the heavens, I was there.” KJV

“Then I was by him, as a master workman: and I was daily his delight…” ASV

“I was by his side a master craftsman, delighting him day after day…” Jerus