Pages in this section:

1. Diabetes can be cured: probiotics

5. Curing diabetes:refining the diet and lifestyle

Check out these links to read about reversing diabetes in 30 days (without water fasting):

A clinic in Arizona claims they can cure diabetes by feeding people raw vegan food for 30 days and having them exercise. A group of people from around the country live at the clinic and the viewer ... (LOOK THIS ARTICLE UP IF YOU WANT TO READ THE WHOLE THING-TH)

Is it possible to reverse type 1 diabetes (T1D, previously known as insulin-dependent diabetes or IDDM) simply by enjoying a raw food diet? According to Dr. Kirt Tyson, a naturopathic doctor who practices in Arizona, eating a diet that primarily consists of raw foods can dramatically reduce blood sugar levels in type 1 diabetics, perhaps even stopping their insulin dependency. 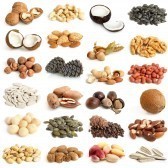 Metabolic syndrome is a well studied and documented group of biomarkers and physical observations that are known to preclude many chronic and potentially life-threatening diseases, including cardiovascular disease and diabetes. Researchers reporting in the Journal of Proteome Research have uncovered a critical link between eating nuts and higher levels of serotonin in the bodies of patients with metabolic syndrome (MetS), who are at high risk for heart disease.

Serotonin is a chemical signaling compound found in the brain that helps transmit nerve signals and can decrease feelings of hunger, while boosting spirits and helping people feel happier. The findings indicate that just one ounce of nuts eaten daily is enough to produce the health-promoting benefits. The explosion of the obesity epidemic around the world is leading to an exponential rise in metabolic syndrome symptoms including excess abdominal fat, high blood sugar, high blood pressure and lipid abnormalities. As a result, cases of Type II diabetes and heart disease are increasing in record numbers. Metabolic syndrome is largely the result of excessive abdominal fat stores that result from a diet filled with high calories from processed and fried foods. As fat storage cells (adipose tissue) begin to increase in number and swell beyond capacity, they prompt the release of a torrent of chemical messengers that promote systemic inflammation and disease.

Nut Consumption Increases Serotonin Levels to Prevent Metabolic Syndrome and Related Symptoms Researchers from the Biomarkers & NutriMetabolomics Research Group of the University of Barcelona in Spain studied the biochemical effects of nut consumption on metabolic syndrome and human health. They put 22 patients with diagnosed metabolic syndrome on a nut-enriched diet for 12 weeks and compared them to another group of 20 patients, who were told to avoid nuts. The scientists analyzed the full spectrum of compounds excreted in the patients' urine and found evidence of several healthful changes. Lead study author, Dr. Cristina Andres-Lacueva commented: "Dietary changes may help patients shed the excess weight and become healthier... the regular consumption of nuts, which are jam-packed with healthful nutrients, such as healthy fats (unsaturated fatty acids) and antioxidants (polyphenols) have been recommended to fight the metabolic abnormalities associated with MetS." Researchers determined for the first time that nut consumption boosted serotonin levels to promote satiety and happiness.

Nutrition scientists now understand that the fats provided with regular nut consumption correlate closely to improved human health. In the past, nuts have been branded with a high-fat stigma and avoided by many health-minded people. Fortunately we now have solid evidence to show nuts are a super food that can help prevent chronic disease including MetS. The study authors concluded that one ounce of nuts eaten daily "reduced levels of substances in the body associated with inflammation and other cardiovascular risk factors in patients with metabolic syndrome." Grab a handful of tasty nuts to help ward off metabolic syndrome and chronic illness.

The American Diabetes Association's website lists top super foods for diabetics. Among them are nuts and seeds such as walnuts and flax, as well as vegetables - the darker and leafier, the better. These suggestions align with the raw food diet lifestyle that worked for Dr. Tyson. Other diabetics following a raw food diet often share their food suggestions in forums. Some of their preferences include:

How one doctor stopped his insulin dependence

Dr. Tyson speaks from experience. A former self-proclaimed fast food junkie and a type 1 diabetic himself, he now believes in the amazing power of eating raw. During an interview with Robyn Openshaw, also known as Green Smoothie Girl and author of "12 Steps to Whole Foods," he revealed that, prior to starting a raw food diet, his blood sugar level was extremely high (diabetic ketoacidosis) at around 300 mg/dL. Anything above 240 mg/dL is cause for concern.

However, within 2-3 weeks of eating raw foods - nuts, seeds and vegetables with no dairy, meat or fruits - he checked his blood sugar again. The unbelievable result? His blood sugar level dropped to an acceptable, safe range: 76 mg/dL. Today, he says he only needs insulin if he becomes sick (which causes blood sugar levels to rise). 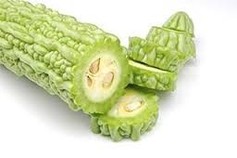 June 26, 2013 Simple plant kills up to 98% of cancer cells - and stops diabetes I'm always looking for natural substances that throw a "monkey wrench" into the peculiar metabolism of cancer cells. It's vital these substances kill cancer cells and leave normal cells untouched. I've told you about some of my discoveries in the past. They include resveratrol, green tea, Seanol, and others. But today I'm going to tell you about another plant that safely starves cancer cells as efficiently as a powerful chemo drug. In fact, it even works on pancreatic cancer cells, which are particularly difficult to kill.

This plant is a common vegetable from Asia called "bitter melon." It is popular among the long-lived population of Okinawa, Japan. Bitter melon juice diluted to just 5% in water showed remarkable potency in severely damaging all four pancreatic cancer cell lines researchers tested. The bitter melon reduced the viability of two cancer cell lines by 90%, while it knocked off the other two lines by a staggering 98%. And it did so after just 72 hours of treatment!

In the past, I've told you about apoptosis. That's nature's way of dealing with wayward cells. They simply kill themselves. Bitter melon juice induced this programmed cell death along several different pathways. And even better, it also activated a pathway, which shows that it knocks out the cancer cells' metabolism of glucose. In other words, it literally starved them of the sugar they need to survive.

Do these lab dish studies apply to living animals? A resounding yes! University of Colorado researchers gave mice bitter melon at doses easily achievable in humans. The animals had a 64% reduction in pancreatic tumor size without side effects! This level of effectiveness beat the most commonly used chemo drugs for this lethal cancer.

The dose used in mice translates to 6 grams of powder for an average-sized adult (75 kg). Big Pharma is rushing to find patentable petrochemicals to achieve what God put into the bitter melon fruit. It baffles Big Pharma that a simple plant can starve cancer cells of their fuel. You don't need any fancy chemicals to make it happen. What's more, the actions of bitter melon may help diabetics as well. Researchers recently found that bitter melon ameliorates metabolic syndrome by its beneficial effects on glucose metabolism.

This is wonderful news. We won't beat cancer by any one approach. I believe it must be multifocal. In other words, beef up the immune system, detoxify, eliminate dental infections and toxic dental materials, alkalinize your body, oxidize the body with oxidation therapy, and give specific nutrients to throw a monkey wrench into cancer's peculiar metabolic pathways.