The vital importance of understanding the Jewish concept called "Agency" 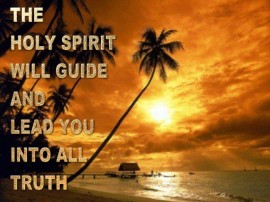 These conclusions are consistent with New Testament evidence as well, in particular the words of Jesus. Jesus makes a distinction between the person of YHWH, his Father, and himself in his prayer in John 17:3, where he says: “This is eternal life: that they may know You, the only true God, and the One You have sent--Jesus Christ.”[14] In this verse, Jesus acknowledges the Father, YHWH, as the only true God and Jesus as the one whom He has sent.

Furthermore, Jesus affirms that he has a God, not once but several times in the Gospel of John and the book of Revelation. He says that he has the same God and Father as the Jewish woman, Mary Magdalene: “‘Stop clinging to Me, for I have not yet ascended to the Father; but go to My brethren and say to them, ‘I ascend to My Father and your Father, and My God and your God.’”[15] This evidence presents a solid case against the belief that Jesus is YHWH, the Lord God Almighty.

But how then, if Jesus was not YHWH, was he able to speak as God, be called by the same titles as YHWH, and perform the works of God? To understand this, one must also be familiar with the Hebraic concept of agency. The Encyclopedia of Jewish Religion says the following about the law of agency:

“Agent (Heb. Shaliah): The main point of the Jewish law of agency is expressed in the dictum, ‘a person’s agent is regarded as the person himself’ (Ned. 72B; Kidd, 41b). Therefore any act committed by a duly appointed agent is regarded as having been committed by the principal, who therefore bears full responsibility for it with consequent complete absence of liability.”[16]

Therefore, an agent sent in the name of his master was to be received as the master himself, as though it were the master himself who was speaking and acting. Aubrey Johnson, author of The One and Many in the Israelite Conception of God, clarifies this concept:

“In Hebrew thought a patriarch’s personality extended through his entire household to his wives, his sons and their wives, his daughters, servants in his household and even in some sense his property…In a specialized sense when the patriarch as lord of his household deputized his trusted servant as his malak (his messenger or angel) the man was endowed with the authority and resources of his lord to represent him fully and transact business in his name. In Semitic thought this messenger-representative was conceived of as being personally – and in his very words – the presence of the sender.”[17]

It is from this Jewish perspective that one must understand Jesus, the man who “comes in the name of the LORD” whom God sent to accomplish His works. As God’s agent, Jesus is authorized to share some of the same titles as YHWH, though not all. In Isaiah, YHWH says “…there is no other God besides Me, a righteous God and a Savior; there is none except Me.”[18] Without an understanding of the law of agency, it is easy to see why one might be tempted to believe that Jesus is YHWH. Both Isaiah and many of the New Testament writers refer to God as the only Savior. Jesus Christ is also frequently referred to as our Savior in the New Testament. Therefore it is reasoned that since there is only one Savior, it is Jesus Christ and he is God. However, Acts 13:23 clarifies the whole matter, for it declares that “…according to promise, God has brought to Israel a Savior, Jesus.”[19] So clearly it may be seen that Jesus is given the title “Savior,” not because he is the Almighty God, YHWH, but rather because he is the agent through whom God is accomplishing His salvation. It is in this light, that the names and titles that are shared by both Jesus and YHWH must be understood.

Jesus’ authoritative words and miraculous works must also be understood in light of the Jewish concept of agency. As the agent or servant of YHWH, Jesus was given the authority and power of his Father, YHWH, to speak and act in His name. This is in accordance with the prophecy given to Moses in Deuteronomy 18:18, where YHWH says to Moses: “I will raise up a prophet from among their countrymen like you, and I will put My words in his mouth, and he shall speak to them all that I command him.”[20] Jesus is identified as this prophet in Acts 3:22. Jesus himself claims “…I did not speak on My own initiative, but the Father Himself who sent Me has given Me a commandment as to what to say and what to speak” and “…the works which the Father has given Me to accomplish -- the very works that I do --testify about Me, that the Father has sent Me.”[21] He also admits that “the Son can do nothing by himself; he can do only what he sees his Father doing, because whatever the Father does the Son also does.”[22] This is why Jesus’ statement “…He who has seen Me has seen the Father…” was not a claim to be YHWH incarnate. Instead, it showed that Jesus clearly understood his role YHWH’s Servant, by speaking and acting as God as His representative, just like Moses was God’s agent and acted “as God” to Pharaoh in Exodus 7:1.[23] It is for this reason that Jesus could claim that “I and the Father are one,” for he was one with the Father in the sense that both he and the Father worked as a unit with the same purposes and goals in mind.[24]

The Scriptures are unmistakably clear: YHWH is the only true God and Jesus Christ is YHWH’s Servant, the Messiah. If one is to acknowledge that Jesus is the Messiah, it is impossible to then say that Jesus is YHWH, for the two are mutually exclusive. According to its biblical usage, one may use the title messiah, literally meaning “anointed one,” to refer to a prophet, a priest or a king who was consecrated for service to God.[25] As author Greg Deuble notes, “The Hebrews believed that when God anointed that person, he or she was equipped to do God’s work because he/she received a measure of the Holy Spirit…There is no hint that the title messiah designates the Deity. To be messiah is to be an agent of the one God.”[26] Therefore, since Jesus is identified as the Messiah, the Servant of YHWH, Jesus is not YHWH. YHWH, who is recognized by Isaiah as “our Father,” definitively says of Himself: “I am Yahweh, and there is no other; there is no God but Me.”[27] It is time that we return to this simple truth.

[17] Aubrey Johnson, “The One and the Many in the IsraeliteConception of God,” quoted by Juan Baixeras, “The Blasphemy of Jesus ofNazareth.”