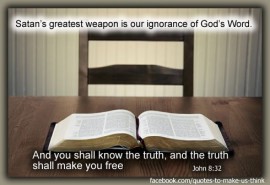 Many trinitarians use Isaiah 9:6 to try to 'prove' that Jesus is literally God because it says that his name shall be called "mighty God". Well it also says his name shall be called "everlasting Father", yet trinitarians know that Jesus is not God the Father, so they should look deeper here before they too quickly agree with the majority that this somehow proves something that the rest of the scirptures clearly proves is not true.

Interestingly, some versions of the Septuagint, the Bible Jesus and his followers used, are completely different in this part of Isaiah than our modern bibles. But either way this verse in no way clearly teaches that Jesus would literally be God Himself or be God the Father. I offer some information about this I gleaned from the internet:

In Isaiah 9:6, we are given a descriptive "name" (singular) of our Lord Jesus. The Hebrew phrase has been transliterated as: "Pele-Joez-el-gibbor-abia-ad-Sar-Shalom." (The dashes between words are supplied by the one who gave this transliteration.)

Most translations break this "name" down into different titles by adding commas, so that many have often referred to each title as a separate "name" of the Messiah. In actuality, however, it is given in the scripture as a singular (descriptive) name, not a set of "names" (plural)...

...Nevertheless, accepting the added commas that are often put into the name, we find that two of the titles of our Lord Jesus have often caused much confusion to many Christians. They are misused to teach the early heresy of a triune God – or three persons in one god, equal in power, glory and all other respects. It is claimed that Isaiah 9:6 proves the dual nature of Jesus. We will in this study present the background material that should clear up the misunderstanding concerning these two titles attributed to Jesus.

Many reach a wrong conclusion because in most of our English translations, the phrase "el gibbor" [or as many prefer, EL gibbowr] is rendered as a separate name/title, usually with captalization, "Mighty God", "the Mighty God", or sometimes "a Mighty God". Thus the claim is often made that since there is only one "God", thus Jesus is here being called the Supreme Being. Of course, one has to either deny or ignore the dual usage of the Hebrew word EL, as well as the context of Isaiah 9:6, which distinguishes the only true God from the one whom the only true God gives as a son. Our trinitarian neighbors are quick to point out that the same phrase is used of Yahweh in Isaiah 10:20,21 (some also point to Jeremiah 32:18). Some claim that this phrase is only used of Yahweh in the Old Testament scriptures. As we shall see, this is misleading, to say the least. The same Hebrew phrase is used also in Ezekiel 32:21, although gibbor is plural in this verse, (elei gibborim) to accommodate the fact that more than one is being spoken of. In this verse, as far as we know, no English translation renders the Hebrew word EL as "God", but rather with its general meaning of "might", "power", "strong", etc.

The King James Version renders the Hebrew phrase (two Hebrew words) in Jeremiah by using five English words: "The strong among the mighty". In other words the King James translators recognize that the word EL here is not referring to the Supreme Being, but rather that it is being used of generic "strength", thus they rendered it as "strong". Similarly, the World English Bible translation renders the verse as:

The strong [ELIE] among the mighty [GIBBORIM] shall speak to him out of the midst of Sheol with those who help him: they are gone down, they lie still, even the uncircumcised, slain by the sword.

Here we have the phrase El GIBBOR, although it is plural in the Hebrew, it is the same basic phrase of Isaiah 9:6, speaking pictorially of the kings who had already lost their rulership to the king of Babylon, as though they were in a death-like condition in sheol. The New Living Bible translates this phrase as "mighty leaders". The New Century translation renders it: "the leaders of the mighty ones." Rotherham renders it: "the chiefs of the mighty." The Geneva Bible renders it: "The most mighty & strong." The Bishop’s Bible translates it: "The mightie worthies." Wycliffe renders it: "The myytieste of stronge men." Most translations render it something like "the strong among the mighty". Using these translations of Ezkiel 32:21 as a pattern, EL GIBBOR in Isaiah 9:6 could also be rendered "Mighty and Strong", or "Mighty One of Strength", especially since the context shows that the one being spoken of is not the only true God, Yahweh. However, with the reasoning often presented, that EL GIBBOR can only apply to Yahweh, then by this same manner of reasoning we should conclude that all the kings pictured as speaking from sheol are Yahweh the only true God. The fact is that the reasoning is false; EL, when used of others than Yahweh, takes on a general meaning of strength, might, power, etc., and thus EL GIBBOR can be used of others without designating them as the Supreme Being.

As we have pointed out elsewhere*, the word El has a dual meaning, one of which is the Might of the universe (Supreme Being), and the generic meaning of "strength", "power", "might", etc. This word is Hebrew #410 in Strong’s Hebrew and Chaldee Dictionary, which defines it as: "short. from 352; strength; as adj. mighty; espec. the Almighty (but used also of any deity)." Crosswalk’s Online Hebrew Lexicon defines it similarly: "shortened from 0352 TWOT – 93a n m ; AV – God 213, god 16, power 4, mighty 5, goodly 1, great 1, idols 1, Immanuel + 06005 2, might 1, strong 1; 245; 1) god, god-like one, mighty one; 1a) mighty men, men of rank, mighty heroes; 1b) angels; 1c) god, false god, (demons, imaginations); 1d) God, the one true God, Jehovah; 2) mighty things in nature; 3) strength, power." Other authorities give it the same or similar meanings. Consequently it is applicable to any powerful being and especially so the most powerful – the Almighty Yahweh.

Trinitarians, however, claim that this submission is one person of God to another person of God. In reality, nowhere does the Bible ever even give a hint that one being equals three persons. All through the Bible, the God of Abraham, Isaac, and Jacob is spoken of as unipersonal God; he never presents Himself as more than one person, and no Bible writer ever speaks of Him as more than one person. The trinitarian thought has to added to and read into each and every scripture presented to allegedly support the trinity, and imaginative interpretations, such as the one just mentioned, have to offered to make many other scriptures seem to be in harmony with the added on doctrine. As a result, what is actually presented as proof of the trinity is what the trinitarian leads a person to imagine and assume regarding a verse, and not what is actually said. The trinitarian feels he needs to add all this to the Bible in order to maintain the concept of "monotheism". But there is more to this than this, for many of them believe, contrary to what the scriptures say, that a "man" could not redeem man. Many of them tell us that Jesus had to be God in order to pay the price for sin, although there is no scripture anywhere that says such.

Indeed, all the scriptures declare that what was required was "a [sinless] man", not God, to give himself in sacrifice to God. God did not sacrifice himself to himself. (Romans 5:12-19; 1 Corinthians 15:21,22; Ephesians 5:2; Philippians 4:18) Additionally, if Jesus was actually Yahweh in the flesh, as many claim, then rather than condemning sin in the flesh, he actually justified sin in the flesh.

It has been claimed that the Jews had expected that the Messiah would be God Almighty himself, based on Isaiah 9:6. This is actually an assertion rather than reality. The Jerusalem Publication Society Bible translation renders Isaiah 9:6 as: "For a child is born unto us, a son is given unto us; and the government is upon his shoulder; and his name is called Pele-joez-el-gibbor-Abi-ad-sar-shalom; [Footnote: That is, Wonderful in counsel is Gof the Mighty, the everlasting Father, the Ruler of peace.]" The Hebrew is expressed in this translation as a singular "name". We doubt that any ancient Hebrew reading this would imagine, assume, and read into this verse that the one being spoken of was being called God Almighty.*