How to overcome sin 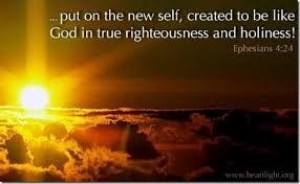 Power From On High by Charles G. Finney
CHAPTER 10

HOW TO OVERCOME SIN

In every period of my ministerial life I have found many professed Christians in a miserable state of bondage, either to the world, the flesh, or the Devil. But surely this is no Christian state, for the apostle has distinctly said: "Sin shall not have dominion over you, because ye are not under the law, but under grace." In all my Christian life I have been pained to find so many Christians living in the legal bondage described in the seventh Chapter of Romans--a life of sinning, and resolving to reform and falling again. And what is particularly saddening, and even agonizing, is that many ministers and leading Christians give perfectly false instruction upon the subject of how to overcome sin. The directions that are generally given on this subject, I am sorry to say, amount to about this: "Take your sins in detail, resolve to abstain from them, and fight against them, if need be with prayer and fasting, until you have overcome them. Set your will firmly against a relapse into sin, pray and struggle, and resolve that you will not fall, and persist in this until you form the habit of obedience and break up all your sinful habits." To be sure it is generally added: "In this conflict you must not depend upon your own strength, but pray for the help of God."

In a word, much of the teaching, both of the pulpit and the press, really amounts to this: Sanctification is by works, and not by faith. I notice that Dr. Chalmers, in his lectures on Romans, expressly maintains that justification is by faith, but sanctification is by works. Some twenty-five years ago, I think, a prominent professor of theology in New England maintained in substance the same doctrine. In my early Christian life I was very nearly misled by one of President Edwards's resolutions, which was, in substance, that when he had fallen into any sin he would trace it back to its source, and then fight and pray against it with all his might until he subdued it. This, it will be perceived, is directing the attention to the overt act of sin, its source or occasions. Resolving and fighting against it fastens the attention on the sin and its source, and diverts it entirely from Christ.

Now it is important to say right here that all such efforts are worse than useless, and not infrequently result in delusion. First, it is losing sight of what really constitutes sin; and, secondly, of the only practicable way to avoid it. In this way the outward act or habit may be overcome and avoided, while that which really constitutes the sin is left untouched. Sin is not external, but internal. It is not a muscular act, it is not the volition that causes muscular action, it is not an involuntary feeling or desire; it must be a voluntary act or state of mind. Sin is nothing else than that voluntary, ultimate preference or state of committal to self-pleasing out of which the volitions, the outward actions, purposes, intentions, and all the things that are commonly called sin proceed. Now, what is resolved against in this religion of resolutions and efforts to suppress sinful and form holy habits? "Love is the fulfilling of the law." But do we produce love by resolution? Do we eradicate selfishness by resolution? No, indeed. We may suppress this or that expression or manifestation of selfishness by resolving not to do this or that, and praying and struggling against it. We may resolve upon an outward obedience, and work ourselves up to the letter of an obedience to God's commandments. But to eradicate selfishness from the breast by resolution is an absurdity. So the effort to obey the commandments of God in spirit--in other words, to attempt to love as the law of God requires by force of resolution--is an absurdity.

All such efforts to overcome sin are utterly futile, and as unscriptural as they are futile. The Bible expressly teaches us that sin is overcome by faith in Christ. "He is made unto us wisdom, righteousness, sanctification, and redemption." "He is the way, the truth, and the life." Christians are said to "purify their hearts by faith" (Acts xv:9). And in Acts xxvi:18 it is affirmed that the saints are sanctified by faith in Christ. In Romans ix:31,32 it is affirmed that the Jews attained not to righteousness "because they sought it not by faith, but as it were by the works of the law." The doctrine of the Bible is that Christ saves His people from sin through faith; that Christ's Spirit is received by faith to dwell in the heart. It is faith that works by love. Love is wrought and sustained by faith. By faith Christians "overcome the world, the flesh, and the Devil." It is by faith that they "quench the fiery darts of the wicked." It is by faith that they "put on the Lord Jesus Christ and put off the old man, with his deeds." It is by faith that we fight "the good fight," and not by resolution. It is by faith that we "stand," by resolution we fall. This is the victory that overcometh the world, even our faith. It is by faith that the flesh is kept under and carnal desires subdued. The fact is that it is simply by faith that we receive the Spirit of Christ to work in us to will and to do, according to His good pleasure. He sheds abroad His own love in our hearts, and thereby enkindles ours. Every victory over sin is by faith in Christ; and whenever the mind is diverted from Christ, by resolving and fighting against sin, whether we are aware of it or not, we are acting in our own strength, rejecting the help of Christ, and are under a specious delusion. Nothing but the life and energy of the Spirit of Christ within us can save us from sin, and trust is the uniform and universal condition of the working of this saving energy within us. How long shall this fact be at least practically overlooked by the teachers of religion? How deeply rooted in the heart of man is self-righteousness and self-dependence? So deeply that one of the hardest lessons for the human heart to learn is to renounce self-dependence and trust wholly in Christ. When we open the door by implicit trust He enters in and takes up His abode with us and in us. By shedding abroad His love He quickens our whole souls into sympathy with Himself, and in this way, and in this way alone, He purifies our hearts through faith. He sustains our will in the attitude of devotion. He quickens and regulates our affections, desires, appetites and passions, and becomes our sanctification. Very much of the teaching that we hear in prayer and conference meetings, from the pulpit and the press, is so misleading as to render the hearing or reading of such instruction almost too painful to be endured. Such instruction is calculated to beget delusion, discouragement, and a practical rejection of Christ as He is presented in the Gospel.

Paul had taught them, while he was present with them; but now, in his absence, he exhorts them to work out their own salvation, not by resolution but by the inward operation of God. This is precisely the doctrine of this tract. Paul had too often taught the Church that Christ in the heart is our sanctification, and that this influence is to be received by faith, to be guilty in this passage of teaching that our sanctification is to be wrought out by resolution and efforts to suppress sinful and form holy habits. This passage of Scripture happily recognizes both the divine and human agency in the work of sanctification. God works in us to will and to do; and we, accepting by faith His inworking, will and do according to His good pleasure. Faith itself is an active and not a passive state. A passive holiness is impossible and absurd. Let no one say that when we exhort people to trust wholly in Christ we teach that anyone should be or can be passive in receiving and co-operating with the divine influence within. This influence is moral, and not physical. It is persuasion, and not force. It influences the free will, and consequently does this by truth, and not by force. Oh! that it could be understood that the whole of spiritual life that is in any man is received direct from the Spirit of Christ by faith, as the branch receives its life from the vine. Away with this religion of resolutions! It is a snare of death. Away with this effort to make the life holy while the heart has not in it the love of God. Oh! that men would learn to look directly at Christ through the Gospel and so close in with Him by an act of loving trust as to involve a universal sympathy with His state of mind. This, and this alone, is sanctification.